Luxor : The Capital of ancient Egypt 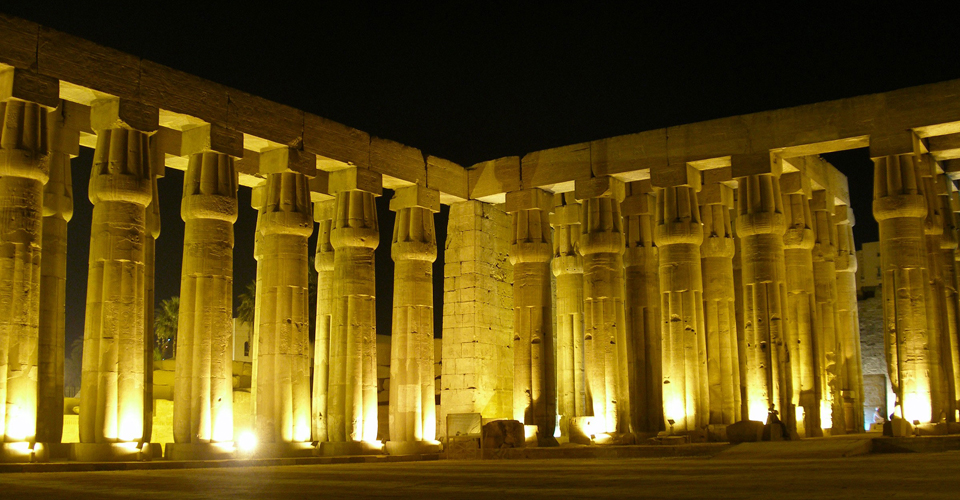 Luxor, once an Ancient Egyptian capital, is known today as the world's "greatest open-air museum." From the tomb of Tutankhamen in the Valley of the Kings and the magnificent sunset views at the majestic temple complexes of Karnak and Luxor to the exciting and fun Nile cruises, Luxor is the perfect choice for culture vultures.

Luxor is divided by the Nile into two areas commonly called the East Bank and West Bank which were considered in Ancient Egyptian times as symbolizing respectively Life and Death.

While the East Bank has grown to become a modern city, it has retained its lush green setting, its traditional bazaar and stunning view of the Nile. The East Bank boasts some of Egypt's most refined hotels, home to amazing spa and a golf course. The West Bank is known for its necropolis and mortuary temples: the Valley of the Kings, the Valley of the Queens, the Workers Village, and the Temple of Medinet Habu are the highlights of Luxor's West Bank. In Ancient Egyptian mythology the setting sun to the west symbolised the journey to the afterlife, so it was fitting symbolism to bury the dead west of the Nile.

While in Luxor, you can opt for a simple accommodation at one of the simple hotel of the West Bank, where archaeologists used to stay when on excavations missions, or you can take it to the other extreme by staying at one of the town's luxurious establishments, such as the El-Moudira Hotel on the West Bank or the history-filled Old Winter Palace on the East Bank.

Sun and warmth all year round characterizes Luxor's climate, the sun shines for 11 hours during summer and 8 during winter. Winter temperature averages around 26o C, in summer temperature reaches 39o C.